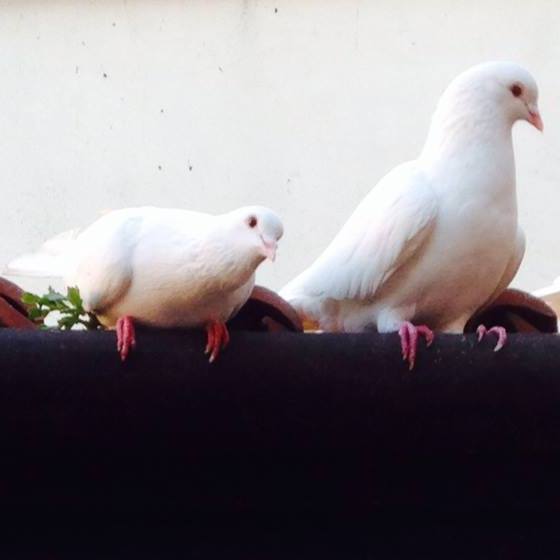 How can I wake early to all the birds singing and feel so happy in the light of what is happening in the world?

I feel guilty... but there's no point compounding it with hypocrisy. On a personal level, I am happier than I have been for a long time.

News reached me yesterday; I have been trying not to think about later in the year, when the man who tried to kill me was meant to leave prison. Trying to mentally prepare myself for this has been difficult. He has no idea where I am and yet I have not been able to lose the feeling he would try to find me. Separating this out from typical PTSD-type behaviour is difficult. Yes,it is symptomatic of the disorder. But the truth is, I listened to this man, and I don't think that had ever really happened to him before. He might want to be listened to again.

Anyway, Larians contacted the Detective Superintendent in charge of the case without telling me until he got a response yesterday. The man's earliest release will be late 2018; the D.I gave no details, but we can extrapolate that something has gone wrong, and considering the past,it's probably a failed drugs test. And I am torn. Because it means the guy is further from rehabilitation,and I should feel sorry for him. I kind of do.

But again, I demean myself if I fall into hypocrisy. I don't want him out. I feel that I should want him out, but can't help myself, nor do I really want to. I would be happiest, safest, if he served the full term.But that is a terrible thing to wish on anyone.

Often I have wondered if I should visit him in prison to encourage his rehabilitation. It stays with me, the feeling that I should help in some way. But the truth is, no good must be seen to come out of what he attempted; the lesson must be of unqualified disaster,or it results in reasoning along the lines of 'I attempted the worst, but out of it I gained a friend...' God knows if, on his next bender, he wouldn't incoherently use it as a reason to find another 'friend.' No. I do no good by visiting.

My thinking self agrees with this,my emotional self finds it strangely hard, but my instinctive animal self is completely content. I have to listen to this part of me,it kept me alive.

And yesterday was beautiful, my heart lightened with the news as I bimbled around Chislehurst, exploring the caves and wandering among the trees. I wish life was like this for everybody.
Collapse